Why Smart TVs are Bad and How You Can Fix Them

So you want to watch movies and TV series without Google, Apple or Netflix surveilling what you watch and selling it to advertisers? Here’s FUTO’s guide to how to build your smart TV with off the shelf technology. This article is a work in progress and we plan to update it every six months.

What is a Smart TV?

A smart TV is a television that is connected to the Internet and has built-in applications for media streaming and delivery, like Netflix and Hulu. You can watch live television broadcasts on a smart TV, or watch content on demand from sources such as YouTube, the Google Play store (for Android apps), or from online video services such as Netflix or Hulu. With these devices, you don’t need additional hardware like a set-top box/DVR or DVD/Blu-ray player. Smart TVs also come equipped with extra features like touchscreens and global positioning satellite receivers to control home automation systems with voice commands through apps such as Amazon Alexa, Apple Siri or Microsoft Cortana.

Smart TVs are typically connected to the Internet via either Wi-Fi or Ethernet and can run on Android, Linux or Tizen operating systems. A smart TV is essentially a computer monitor with built in apps that let you stream movies, play games and surf the web just like you can on any otSmart TVs have long known and severe privacy issues such as:

Step One: Get a Dumb 4K TV Without the Google, Apple, Roku Systems on It

Getting a TV that doesn’t spy on you out of the box is not easy these days. You are looking for a TV that just displays a raw HDMI video and audio feed and nothing else. You can search on Amazon for “dumb TV -smart” and you should get some hits such as:

If it says anything about Smart, Google, Apple, or Roku apps stay away.Should it not be possible to buy a dumb TV, your best choice is to remember never to connect your TV to any network. If you have already connected, or have been connected for a while, just reset the network interface in the Settings of your Smart TV and disconnect the network cable from the back of the TV. Kodi is an award-winning free and open source (GPL) software media player and entertainment hub that can be installed on Linux, OSX, Windows, iOS, tvOS and Android. Kodi has no logins, no metadata tracking and no Automatic Content Recognition. Furthermore, Kodi does not provide content such as movies or music or photos, which the user has to provide themselves. The basic hardware you will need is the R-Pi board itself, a power supply (Micro-USB, 5V, minimum 2500 mA), and a (micro)SDHC memory card to install the software. (Because video decoding is more resource-intensive than many other operations, it may be more important to have a fast/high quality memory card for Kodi than for other uses.)

Once you have your little Raspberry Pi computer it’s time to flash the Kodi distribution called LibreELEC into the SD card. Thankfully, the Raspberry Installer app does that out of the box: 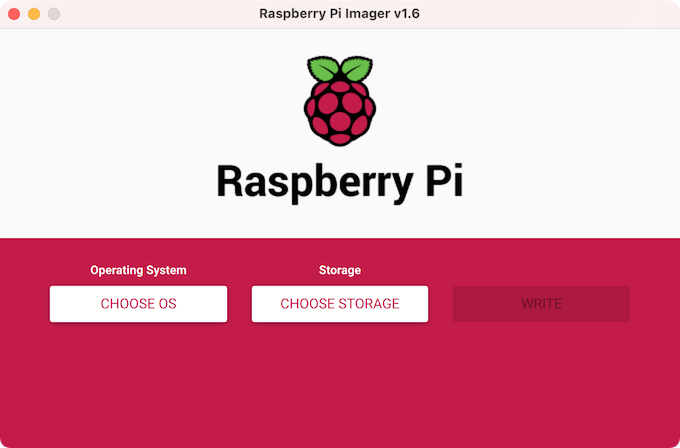 Flash the image onto a SD card, plug into your Raspberry Pi Connect HDMI to monitor and power on – Voila! In a minute or two the Kodi interface should appear

Remember the price to pay for not being tracked is you need to provide your own content. You can add photos, movies, music, and TV episodes to your Kodi just by plugging an external hard drive to your Raspberry Pi and opening the files in your Kodi browser. As the Kodi developers themselves state: The official Kodi version does not contain any content whatsoever.

This means that you should provide your own content from a local or remote storage location, DVD, Blu-Ray, or any other media carrier that you own. Additionally, Kodi allows you to install third-party plugins that may provide access to content that is freely available on the official content provider website. The consumption of pirated content which would otherwise need to be paid for is not endorsed or approved by Team Kodi.

Your ISP monitors all traffic and all illegal torrenting will be reported to authorities and land you in jail. Follow the installation instructions here: 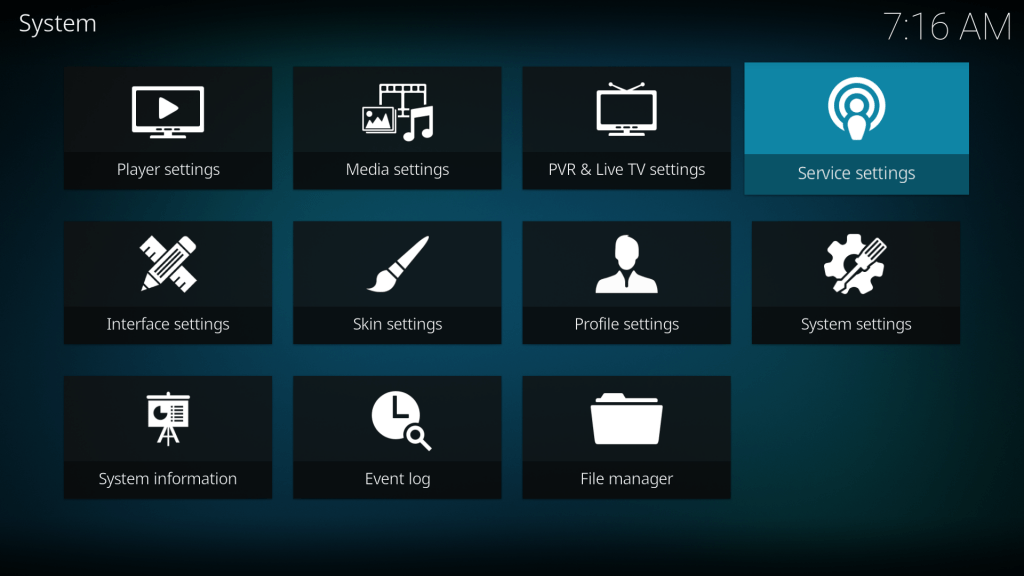 Enable both remote controls. It is needed to operate properly, to run library update, for example, or sync the library or add repository, and other useful things. 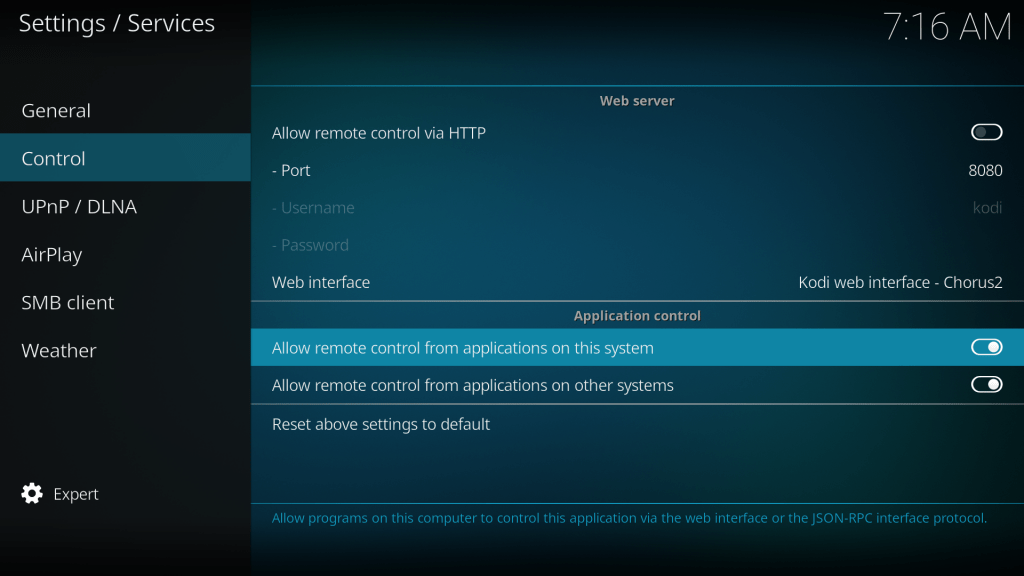 Download zip file for your platform here: Platforms. It is highly recommended to use the “All-in-one” package, it will detect your platform automatically. Install addon from zip. Plugin will be ready to use. 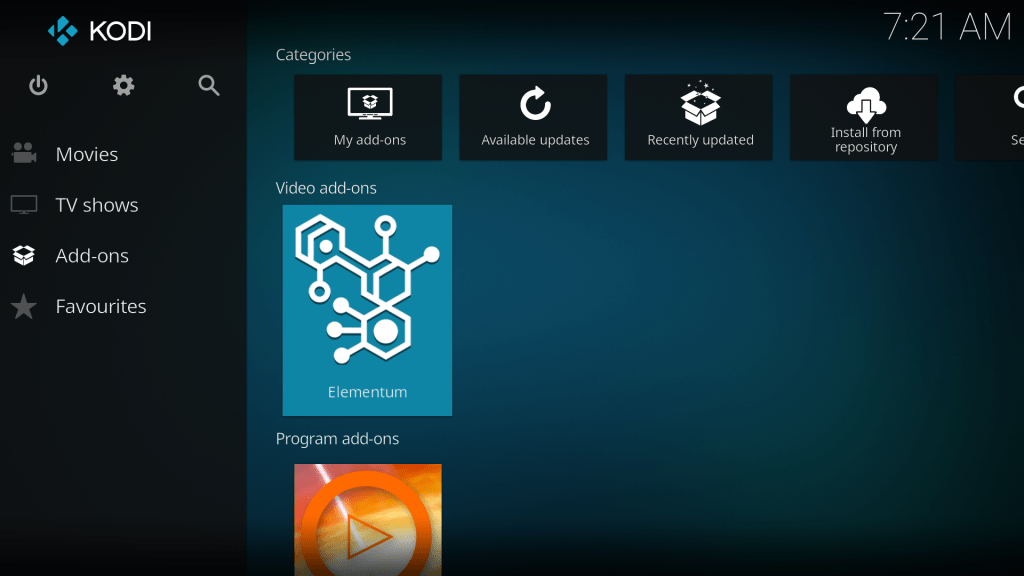